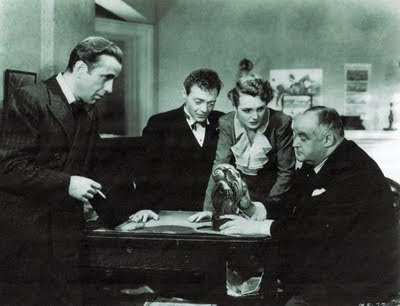 A while back. I pitched the idea of 6 Ages of Lovecraft, looking at how the mythos has evolved. The last of those generations seemed to me to be a bit loose, and after thinking about it a while, I realized I was honing in on one particular modern phenomena while ignoring others. So here goes, with a new Generation 5 - The Ages of Lovecraft's Mythos.

Generation 0: The Progenitors. These are the fantasy writers that predate the Mythos, who were evoked by Lovecraft and his contemporaries, and, as we shall see, later grouped into the mythos long after their earthy remains had rejoined the soil. Lord Dunsany is here, as is Arthur Machen, and Robert Chambers and his Yellow Sign. They are laying the foundation work for the shared universe that is Lovecraftian horror. They are Romantics to a great degree, and seeking to evoke an emotion in their work.

Generation 1: The Originators. Lovecraft, of course, and I would include Clark Ashton Smith as well. They were notable not only for their writing, but also for the fact that they corresponded frequently (the primitive Internet), critiqued each other, and most importantly, shared their creations back and forth. It was a bit of game in that a Lovecraftian creation popped up in a Smith story and vice versa. We are not looking at a coherent mythos here, as the creations sometimes varied from story to story by the same author (making opportunities for later writers). They are looking for mood and effect, and the mythos horrors are tools to that end. Their motto - "Here be uncaring monsters of the universe - gaze upon them in wonder."

Generation 2: The Organizers. August Derlith, who kept the flame alive, is the central figure of this generation, thought Lin Carter is also of this group and maybe Robert Bloch. These are the folk who have seized on the idea of a unified mythos and expanded it out. They conceived the mythos as an organized pantheon. The downside is that they (Derlith in particular) put into handy slots and assigned elemental sides, the Great Old Ones don't look nearly as great. Their motto: "The Monsters are definable"

Generation 3: The Explainers. Call these the 50s and 60s generations where Lovecraft's horror is adopted fully by Sci-Fi with the result that the gods are not uncaring beings but merely scientfic archtypes. Azathoth is a nuclear reaction, Cthulhu the dreamstate id, and the Mi-go are from Pluto, not Yuggoth. Fritz Lieber was the American version of this generation, but the king was Brian Lumley, who converts the big bads of the Cthulhu mythos into hapless villains to be foiled by Titus Crow. I'd throw a lot of Lovecraftian movies into this bunch where they seek to explain the mythos. Their motto: "The Monsters are nothing more than science. They can be beaten".

Generation 4: The Gamers. We jump track entirely from short fiction to RPGs as the chosen vector for expansion. The Call of Cthulhu game by Sandy Peterson, of course is the heart here, but Lovecraftian tentacles are found throughout the gaming industry, right down to the D&D mind flayers. The gamers went back to the hopelessness of fighting the mythos to create a different type of story than the standard RPG "Kill-the-monster-take-the-treasure". As they expanded, they are more responsible for gathering up the Generation 0 and Generation 1 creators and putting them into a one-stop shop for all your mythos need. The team-approach of Derlith is pushed aside, as is the rational successes of Titus Crow and his crowd. Their motto: "The monsters are unbeatable - take what solace you may."

And the new 5th Age.

Generation 5: The Diaspora. The Cthulhu mythos has always been a shared world, but a combination of copyright laws, dicey ownership, and accommodating licensing has opened the door to a broad spectrum of Cthulhiana from multiple sources and multiple viewpoints. This ranges from the dark modern horror of Delta Green to the pulpiness of Goodwin Games and the both-camps approach of Trail of Cthulhu, with sidepaths through the stuffed Cthulhu dolls, web comics, and Steve Jackson Munchkin expansions. Every historical time period seems to spawn its own Cthulhian bit - Rome! The Colonial Period! The Middle Ages! The mythos has become a canvas, and its creatures merely paints on the palette. Lovecraft would have loved some of this, hated other parts. "The monsters are ours, to do with as we see fit." And the elder gods have never been popular.