Political Desk: What, Another One?

A new ballot popped up a few weeks ago for the citizens/denizens of Kent, and is due this coming Tuesday. I've been putting it off because I needed to check my facts, and even after doing so, I'm a little confused and a bit tepid on recommendations.

It is a slender thing of a ballot, just two items, but has been getting the full-court press from the local powers. Mailers, robo-calls, yard signs, even recommended posts on the Facebooks. Add to this a relatively tight timeline, and I have to be honest, I'm giving the whole thing a real big side-eye right now.

And it should be easy - its about more funding for police and for fire departments. You value our police, right? And our fire department? Public safety and all that. So what's the prob?

Proposition A is a 2% Utility Tax Increase for Police and Criminal Justice, and the big thrust is to be able to hire and equip more officers and support staff. The reason that its on a ballot in the first place is that, according to state law, if you juice the utility taxes over 6%, you have to put it to a vote. This will put it to 8%, so that's why we're here.

And the mailers and robocalls have been stressing that local police have been over-extended, that we're spending a lot of money on overtime, crime is up, and the locality is losing upcoming funding from King County no longer paying for the Panther Lake annexation (which the local government knew was coming) and a change in how distribution of sales tax was made (which was also apparently in the works since 2008). Now, on the annexation, yep, its more territory to cover, but it is also more housing and development to tax, which should make for more tax income as a result. Plus, as the land itself becomes more valuable, that increases the property tax assessment. But apparently not enough to expand the services to the degree we need.

Part of my skeptical side-eye is that in the midst of this the city gave the developers who bought the old Par 3 golf course a 8-year property tax holiday so we would add MORE population to the city, which seems to put us even deeper in the revenue hole. So should we punish the police department for city hall giveaways to developers? I dunno.

Part of me is also resistant because this is one of the "Cute Puppy" funding issues - we get to vote on things we find to be useful functions on government, but don't get to confer on more mundane matters (like the Showare Center, now in its third year of not losing as much money as we expected). We like our parks, schools, and municipal services, and when asked, yeah, we want to make sure they are funded. Other stuff, like giving businesses or real estate developers breaks, not so much direct democracy.

Hence the full-court press across major media. I'll be honest, I'm going with Approved on this, but I am concerned and cannot firmly recommend anyone follow me. The Kent Reporter has been curiously uninterested in this (A search turned up a couple editorials pro and con), and the statement in opposition in the voter's guide is more hung up on the Regional Fire Authority than in the ultimate needs. Read the online voter's pamphlet - and your mileage may vary.

Speaking of the RFA, we also have Proposition No. 1, which provides more funding for Puget Sound Regional Fire Authority. A few years back, Kent folded its fire department into the RFA as a money-saving measure. The RFA is funded by property tax collection (which can only go up 1% per year) and a fire benefit charge (FBC), which is uncapped but arcane in its explanation (square footage plus estimated resources to deal with a blaze). FBC, not limited, has gone up as a percentage of the total contribution, and this is measure is supposed to bring balance back to the force by resetting ("restoring") the earlier property tax setting.

And I'm a little bollixed by the figures, to be frank, which opens the door to reacting with emotional responses. Like the fire department (and who doesn't?), vote approved. Worried about property taxes going up after earlier ballot measures? Reject it. The folks writing the statement in opposition have a web site, where they throw up a lot of concerns, while a member of the RFD responds in the Kent Reporter. As with previous proposal, I am going approved, but I need to know more about this as it is happening, and feel uncomfortable making any definite recommendations.

Sorry, folks, I'll try to be more resolute in the future.

[Update: And both measures got shellacked, to the tune of 58-41. Supporters blame the fact that we have to pay our schools. Or ... we could be a little more cautious on giving freebies to developers. Oh, and check out the FBC. That still doesn't sound right.]

[[Update Update: Part of what I'm talking about is this. After complaining about poverty and the need of the voters to kick in, the choice to renovate the Council Chambers is just announced.]]

[[[Update Update Update: And then we have this, followed quickly by THIS. Remember, part of the absolutely necessary tax increase was because we don't have the money to buy new police vehicles. Sigh.]]]

What I did today: 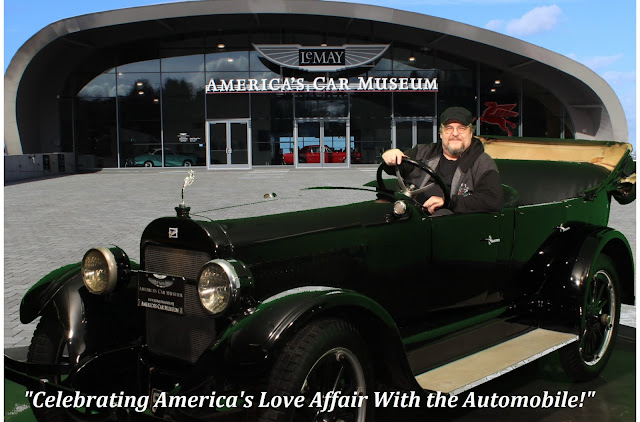 True confession time: I've never been a big fan of basketball. I think my father took me to a game of the Pittsburgh Condors, before that team folded, but I never caught the bug for the sport. And my apathy is despite going to college in the middle of Indiana, where the March Madness sets in around February, and living just north of great maelstrom of the Chicago Bulls' championship seasons, AND having a younger sister who played college ball at Grove City. Basketball was very much a take-it-or-leave-it sport for me, and I knew just enough to hold my own in office water-cooler conversations.

That said, I want to say The Great Leap is a great play about basketball. And politics. And relationships.

Here's the summary - the play bounces between 1971 and 1989. In 1971 a boorish Saul (Bob Ari) , an American coach, arrives in Beijing to teach American-style basketball to the communists as part of the sports exchange (see ping-pong diplomacy). Said exchange was supposed to cool some of the heated rhetoric between the US and China. His interpreter/assistant coach is Wen Chang (Joseph Steven Yang) who is by-the-book, introverted, and has spent most of the Cultural Revolution keeping his head down and not attracting attention. In 1989, Saul, now facing the end of his coaching career after several losing seasons, is invited back for a game between University of San Francisco and Wen Chang's national team. And Manford (Linden Tailor), an undersized Chinese-American high school point guard wants to go to China on that team.

And to be honest, early on, things look dire, as the characters feel a little bit like caricatures in your typical sports story. Past Saul is an ugly American, and his relationship with Wen Chang echoes Uncle Duke and Honey from Doonesbury. 1989 Saul is a washed-up jock looking for redemption. Manford is the hot young kid, impatient for the rest of his life, hot-headed and opinionated, who may give Present Saul's team a chance in Beijing. The opening is humorous, but feels fairly traditional - a typical sports story of the plucky underdogs.

And then something happens. The play pivots. Yee unfolds the characters and shows their depth and reasons for being there. She plays fair with the audience - the clues are there as to why Manford really wants to go to China, what redemption Saul is looking for, and what motivates Wen Chang, but she lets them bubble up, so when you realize the hows and whys of the characters, it makes sense. And the action rises through to the final final shot of the game, reported by the ensemble in rapid-fire delivery that brings the viewers into the tension of basketball.

And that's saying something, since there are fewer actors on the stage than on the court. Ari and Yang are pitch-prefect in their roles, and Tailor sells the loudmouth-with-talent perfectly, skirting the edge of his own boorishness. Keiko Green as Connie operates as a support character for Manford as opposed to having her own arc, but holds her own. Yee brings all the pieces together both logically and, more importantly,  emotionally, and literally takes your breath away in the final moments of the game, as outside forces are moving against protesters in Tienanmen Square.

The set is, of course, a basketball court, both in San Francisco and the arena of the US/China "friendship game". And the Rep continues its romance with action taking place on a higher stage as well, this time depicting Wen Chang's apartment with a view of the square. It works better here than in either The Humans or Ibsen in Chicago as the upper stage does not loom over the audience.

I am incredibly impressed with The Great Leap. It took its characters, and did not subvert them so much as deepened them and brought out their underlying humanity. It showed me a couple tricks I might want to fold into my own writing. This play will surprise you, and I think you'd enjoy it, even if you're not a fan of basketball.