In episode six we talked about how change really happens from below as opposed to being awarded from above. So now we flip to the other side with the seventh installment of Mike Daisey's "A People's History", switching from the renters seeking redress to the elites of the system, the giants of industry, the wealthy.

Daisey comes in the basic assumption that "Rich People Are Bad" and he has more than enough examples of that. These elites come from success and just get richer. And there are a lot of good examples of this. JP Morgan was the son of a financier. Andrew Mellon was a banker's son.  Rockefeller's dad was literally a con man.

And then there is Andrew Carnegie, the exception that tests the rule. And it is pronounce Car-NEG-ee, as far as native of Pittsburgh are concerned. CAR-neh-gee is something New Yawkers talk about when talking about Carnegie Hall. Yes, some Pittsburghers call the museum complex that houses Car-NEG-ee's dinosaurs the CAR-neh-gee. But they're just wrong.

Andrew Carnegie is Horatio Alger as written by Stan Lee. He was an immigrant from Scotland. Came here as a child because his father's handmade lace business was destroyed by the arrival of high-production industrial methods. He comes to the States and became a bobbin boy, working at the very type of mills that destroyed his father. He got breaks - access to the libraries of the more successful (hence all the Carnegie Libraries around the country). He was diligent, and never forgot a fact, a name, or an opportunity. He claimed to be able to read a teletype by the sound it made making each letter. Yep, he's a mutant, suitable for Prof. Xavier's School for Exceptional and Privileged Children.

Instead of Money Comes from Money, I would propose that what really happens is "Learn the Game, Play the Game, Change the Game." And those born into positions of power are more capable of seeing the game and have access to it than most of the rest of our bunch. Because the nature of wealth does change over time, and we've seen agricultural fortunes flounder while industrialists come to the fore and then they are overtaken by financial managers and tech lords. But the wealthy, while not guaranteed success, have both table stakes to get into the game to begin with, as well as the cushion for when they fail. And they have the ability to, once they make their pile, pull up the ladder behind them to keep others from doing the same thing they did.

Nope. Not letting CaNEGie off the hook, here. Just looking for a broader pattern.

OK, this is interesting.

So, for the most of the life of this blog, I have been following the Dow Jones Average, as it has become increasingly disconnected with most of our lives, if they were even initially. Literally an estimate of 30 large publicly owned companies,. It is a rogue's gallery of corporations, the big boy's table if the titans of industry, the whales of corporate life. It tends to be a little conservative, moving slowly over time to move aside old corps (like General Electric) in favor of newish blood (like WalMart and Apple). Amazon, it must be noted, is not on the list.

At best, it is a snapshot, but it is a snapshot that we all know about. We may be befuddled by S&P and NASDAQ and know that our retirement funds are in some business-level melange of stocks that may or may not be on these lists. But the Dow (named after a real person who created it), is something instantaneously recognized as the heartbeat of business.

And that heartbeat has picked up a bit of arrhythmia. Over the past fifteen years, this blog has seen the DOW soar upwards and crash mightily, only to regain its footing and push on to even greater heights. I use this as an example of American Optimism at its finest - if we all clap hard enough, Tinkerbell will pull herself off the tarpaulin and we will start again.

And the past ten years or so have been pretty indicative of this. It has been an even-growing increase in value ever since the last time a GOP administration crashed us into the pavement. And yeah, I'll put it on the various incumbent administrations for things, since they are more than willing to take the credit when things are going boffo. Until recently, the White House has been pointing at the DOW as indication of how strong the country is economically. Until it isn't.

The first year of an administration has to deal with the successes and failure of the previous admins, for good and ill. The Obama administration had to dig out from the Great Recession, and the current administration of Individual-One benefited from a strong economy coming in. This was made even better, as far as the big boys were concerned, by tax policies that put a lot of loose cash into their pockets.

And some of them used this sudden infusion to reward its workers, to update its equipment, and to compete better in the marketplace. But the vast bulk of them used it to buy back shares (making the shares controlled by the company worth more through scarcity) and to use the sudden liquidity to get rid of ailing sectors (closing down factories and costing jobs) and seeking better markets (closing down factories and costing jobs). And since there were no strings on the governmental largess, they took the money and ran.

And the market has seen amazing swings upwards and downwards, depending on the mood. It raced past 24k and 25k is long, looping arcs, and kissed 26,000 before retreating again. Now, the news is bad - trade wars, instability, the government being currently shut down, increased interest rates from the Federal Reserve, and, oh yeah, massive investigations of the inherent corruption of the current administration that could at any moment result in a congressional investigation of your particular industry. So things are not looking particularly rosy?

Well, then we the treasury secretary calling the major banks from his vacation and yelling at them - "Whatever you do, Don't panic!" So naturally things take another dive.

And what does this all mean? For those that have gold, it means they make less gold for a while, they hunker down, make safe bets, and wait for Tinkerbell to get back off the mat. For the rest of us, it means that things are probably only going to get dicier for a while. Factories get closed because there isn't enough demand, as opposed to just boosting the bottom line. Those mutual funds? Yeah, they're not going ever onward and upward. And more than a few rich people to come demanding other people pay to keep them rich.

Of course, with a volatile market, it could switch gears just as violently and return to "normal" (which is to say, going ever upwards). Or it could just sink again, returning to a more rational level.

Whatever happens, it will be interesting. Buckle in.

Grubbstreet wishes everyone a safe and sane holiday season, and a New Year filled with promise and hope. 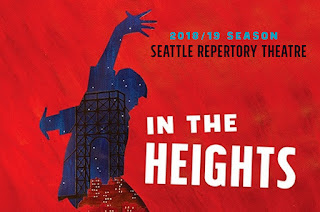