Life in the Time Of Virus: The New Normal

We conclude the fifth month of relative isolation. At what point does the new normal become just ... normal?
We are in August, now, and the grass is going dormant, which is to say, brown. Ours is less brown then most, both because of the shade of trees on the property lines and because we have a variety of hardier grasses, moss, clover, weeds, and dandelions filling it.
We have had a few hot days (as in hotter than ninety). Yes, America, we in the Puget Sound region are weather wimps. You look at the national weather map and it is a blotchy cascade of yellows, oranges, and reds, with a little splash of green in the upper left showing human-tolerable temperatures. That splash of green is us. The bad news is that most of us don't have air conditioning in our homes, so various lash-ups are needed to keep cool. My current work station is in the basement library, so I'm doing OK.
Still working from home, of course, and it looks like this will be the case until the new year. We have been revamping the game I've been working on, so I have been busy. The Lovely Bride, shorn of the surly shackles of the tax deadline extension, has been working hard in the ever-increasing gardens of our lawns. I am actually kinda dreading the oncoming fall with its cooler temperatures and shorter days. And then rains will come again.
A routine has set in. I get up with the sun, make myself a duck egg omelette for breakfast with some toast, then work and video meetings, usually ramen and a sandwich for lunch, more work and video meetings, a drink on the back patio, dinner, general collapse/reading/games, and then to bed. We gather with friends once a week on their back patio. I play D&D online one night a week, and have been running a Call of Cthulhu campaign every so often. My local comic store has reopened, so I get out there once a week. And every two weeks I head for the U-District on a Saturday to get more duck eggs. Occasional grocery shopping and prescriptions. And that is about it.
Meanwhile, the household's COVID-19 project, the new back deck, is wrapping up. The old deck off our bedroom was rotting away, and when replacing it we expanded it out by about four feet, creating both a larger upper porch and a covered patio beneath. Re-hung the temple bell. We have hanging chairs suspended from the rafters and the Lovely B has wrapped them with mosquito netting, which has made evening relaxation much easier but look like flumphs are nesting beneath the deck.
With the warm summer days, no commute and a comfortable porch twenty feet from where I write this, I been drinking more, usually wine or a cuba libre on that back patio. So that's been a downside to all this.
The beard has reached its climax growth, and may need a brushfire to clear out the understory.
And I find I've been doomscrolling. That's the term when you get on Facebook or Reddit and just keep on going. Why, yes, show me pictures of your cats. And remind me of meals that people actually had in resturants. It used to be called channel surfing, but it is the screens that have gotten small.
I'm also having sudden flashes of memories of being elsewhere. I normally travel under duress - business trips, family responsibilities, conventions where I am a guest. When I am a tourist, it is because the LB makes the plans and I just show up. But suddenly, I am struck with vivid memories of places I have visited - An evening on the rooftop patio of a Neapolitan hotel, Vesuvius on the horizon, drinking wine. Wandering the hushed and darkened halls of the American Museum of Natural History in NYC. A sushi restaurant in Ashland, Oregon, perched overlooking a creek on a warm day. Pressed duck in France. The Outer Banks after a near-miss hurricane. A cool breeze coming in over the Southern Ocean in Australia. The memories are sudden and vivid and generally positive. Perhaps this is my version of cabin fever - I still have no desire to go anywhere, but the memories of having gone remain.
The outside world continues. The grocery store is heavily masked, which is very good, and people have gotten used to one-way aisles, for the most part. The local paper is slowly recovering now that it has sports to talk about, in a limited fashion. I see a lot of wide margins and "creative use of white space" in its reporting, though. We did venture out one Sunday with a friend to Verrazano's an Italian place down in Federal Way, which has a deck overlooking the Sound. Good food, great food, socially distanced.
That's about it. Stay safe, folks. More later,
Posted by Jeff_Grubb at 8:48 AM

I usually wait a couple days before posting the results, because of the nature of our mail-in system. Late ballots can turn the tide in close races. With the first vote count Tuesday evening, about 32% of registered voters have weighed in. Probably we will get to 40%, but that's still low for such an easy process. Yes, I'm going to nag.
Speaking of nagging have you done your census form yet? You can do it over the net. You can do it over the phone. You can do it with a friendly census person who comes to your door. Yes, it is even easier than voting.
Anyway, here's where we stand for the November Election. Candidate with the most votes first. Stuff recommended from this blog in bold. Percentages are provided, but do not add up to 100% because of other candidates. Your mileage may vary. Void where prohibited by laws which may have changed since I started this paragraph.
Spoilers: Incumbents and those who prefer the Democratic Party did well. Here are the numbers as of Tuesday Night:
US Representative District 9: Adam Smith (73%!) vs. Doug Basler (16%)
Governor: Jay Inslee (51%) versus Sheriff Loren Culp (17%). Note: One of the "Sensible Conservative" commentators declared that if Inslee got under 45%, he was vulnerable. Does not look like it at the moment.
Lt.Governor: Denny Heck (27%) vs. Marko Liias (17%)
Attorney General: Bob Ferguson (54%) vs. Matt Larkin (41%)
Secretary of State: Kim Wyman (51%) vs. Gael Tarleton (44%)
State Treasurer: Mike Pellicciotti (54%) vs. Duane A. Davidson (46%)
State Auditor: Pat (Patrice) McCarthy (48%) vs. Chris Leyba (41%)
Commissioner of Public Lands: Hilary Franz (51%) vs. Sue Kuehl Pederson (23%)
Superintendent of Public Instruction: Chris Reykdal (40%) vs. Maia Espinoza (24%)
Insurance Commissioner: Mike Kreider (60%) vs. Chirayu Avinash Patel (28%)
State Legislative District Number 11 Senator: Bob Hasegawa (94%)
State Legislative District Number 11 Representative District 1: David Hackney (42%) vs. Zack Hudgins (36%
State Legislative District Number 11 Representative District 2:  Steve Bergquist (70%) vs, Sean Atchison (29%)
And that is it for the Primary Round of the 2020 Elections, Washington State. We go into slumber now until October.
In the mean time, have you responded to the Census? 'Cause they got a late start and got a month chopped off their deadline.
More later,
Posted by Jeff_Grubb at 12:25 PM 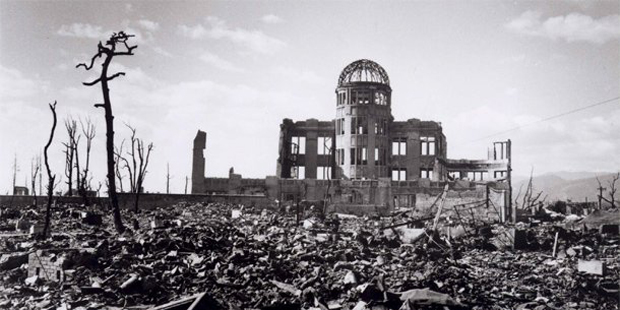