With everything that has been going on, I have been remiss in a little shameless self-promotion in this holiday season. Available now in your finer stores (and in your less-fine stores as well), is the We Three Dragons collection, which is a collection of three stories by myself, James Ward, and Ed Greenwood. Each of us took a traditional Christmas tale and gave it a fantastic spin. Mine was "The Knight, Before Christmas", is the shortest of the three (Ed took on "A Christmas Carol" and James re-imagined Oscar Wilde's"The Selfish Giant" in a draconic vein).

Just a note, in case you're looking for that stocking stuffer! 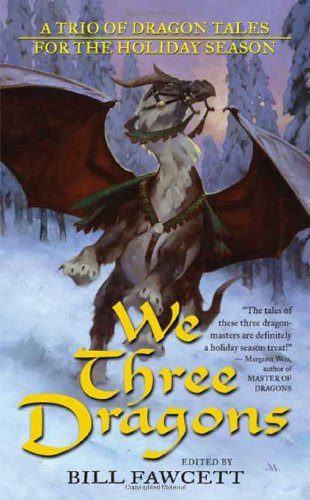