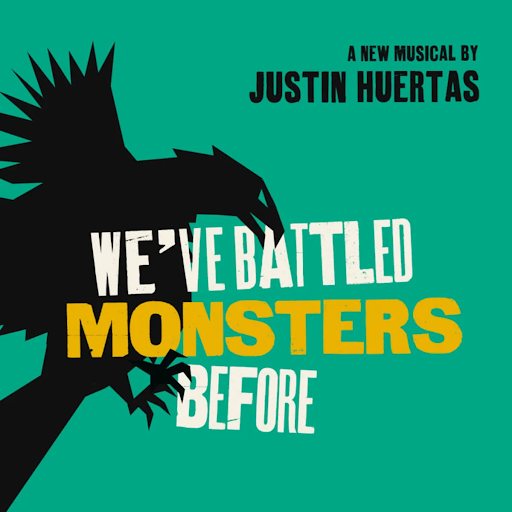 Theatre is back. Sorta. The Lovely Bride and I attended what turned out to be opening night for We've Battled Monsters Before at the Arts West. They were checking vaccination cards at the door and the audience remained masked through the performance, and empty seats were more the case of social distancing than lack of interest. But, it was live theatre after too many months of empty stages.

Arts West is set up in a former department store at the Junction neighborhood in West Seattle, a neighborhood that is now mostly cut off from Restof Seattle by the anticipated collapse of the West Seattle Bridge. So between plague and impending construction, it is not the easy access venue that it once was. But on the other hand parking was not as hard to come by (though my lot of choice is soon to be plowed under for more condos). As for the theater itself, the performance area itself was in the round (well, in the oblong, at least), with a raised stage and for this play, a tree about three feet away from my seat at the top of an aisle.

The tree exists in the Whisper, a timeless (literally) chuck of property outside of Seattle. Here is a rift in time that grants wishes, and is used by a family of Filipino babaylan wise women. The current generation consists of the not-so-wise Adarna (Rheanna Atendido) and her brother Diego (Justin Huertas, who is also playwright, lyricist, and takes on the role of Lola, their grandmother, when need be). Adarna is studying to become a spellcaster, and aches to be a warrior for her people. Her attempts, even when well-meaning, often affect Diego (he becomes a werewolf. And then becomes a GIANT werewolf, but the play is focused primarily on Ardarna). It is about spellcasting, responsibilities, family, and food. Oh, yeah, it's a musical.

Huertas has a wonderful flair for urban fantasy and magical realism (his songs aren't bad, either). His Lizard Boy was super-heroes in Seattle. His Last World Octopus Wrestling Champion was a chunk of NW folklore turned mystical. Here he pulls from the tales of his own heritage to transpose Filipino folklore into a modern age. This one was good - I liked Last Octopus more, and the Lovely B still prefers Lizard Boy, but this was a small, tidy, personal musical which sought out the magic and found it. It is an excellent start to the Arts West season, and worth a trip to the distant wilds of West Seattle.