Theatre: They Did The Mash 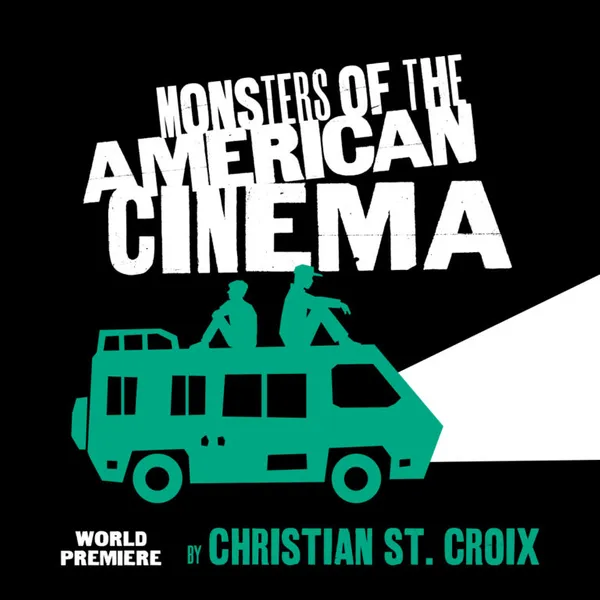 Let me not bury the lede on this; The Lovely Bride loved this play. I did not care much for it. Yes, our marriage will sustain such a bitter disagreement.

Let me tell you what The LB liked about it. The actors were excellent, the characters felt real, and the story was poignant. Lamar Legend (also the director) is Remy, a 30(mumble) gay black man who runs a drive-in in the deeper-red part of San Diego County. He got the drive-in from his late husband. He also got a white, straight step-son, in the process - Pup (Alexander Kilian). And the two have a great relationship, bound together both by their love of monster movies and the ghost of their deceased spouse and father. Legend brings out all of Remy's mother-henning and protectiveness, while Kilian get's Pup's gangly teenagehood and affability as well as his haunting nightmares. But when there is a gay-bullying incident at a homecoming dance, Remy has to face up that Pup is growing up, and not in the best possible way.

All of the above is true. So what's my problem?

It's all in the delivery. The set design, of the interior of their trailer, including the roof where they watch monster movies on the big screen has too many blocking sight lines for the seats. One of the climactic scenes of Pup crawling about on the floor would be more poignant if the sink hadn't been blocking the view. The final scene, on the roof of the trailer, might as well have been on radio. There may have been great acting involved (and no doubt there was), but I didn't see it.

Theatre in the round often demands a sparsity of props and the ability to play to all angles easily. We've Battled Monsters Before did this. The wood-frame of the trailer basically forced the actors to the perimeter and held them there, so they played to a fraction of the small audience at a time.

But wait, their's more. Protracted blackouts between scenes for minor set changes broke up the flow. The pacing of the play itself was a collection of present-action, monologues, memories, and nightmares, and telling which one was currently running and how it fits into the larger story was difficult. Putting the audience off-balance is not a bad thing, but too much of it became frustrating.

The worst of it was that, during the play, I started thinking about what would fix this. That's a terrible thing, and something I do while watching movies too much (which is why you don't see a lot of movie reviews here). Probably a more traditional stage design, pushing the stage back into the north seats would provide better sightlines (I know they've done that before). But the point is, I should not be trying to implement change when the play is in motion. It is not quite as bad (or as visible) as falling asleep in a performance, but still bad in view of what is happening on stage.

And that's frustrating, because what the Lovely Bride said was right. Legend and Kilian have a great chemistry together, and both created characters that were very human in their mix of strengths, passions, and flaws. But their expression of their personal baggage was blocked, like the sight lines, by the amount of structural baggage dominating the stage.