G is for Glorantha

Yes, it could be Golarion (to which I have contributed a wafer-thin slice - Chelish Opera, anyone?) or Greyhawk (which, according to the Internets, I hate, but more on that story later), but instead I'm going with a wondrous classic that I bounced off a couple times in my game-playing career - Glorantha.


I first encountered Glorantha with Greg Stafford's game White Bear and Red Moon, one of the early projects from Chaosium. I came from a wargaming background, and had just gotten into fantasy RPGs, and this was the first and most perfect merger of the two streams. Set in Dragon Pass in the world of Glorantha, it was a simulation of an asymmetric battle between the native Sartar Tribes and the magical Lunar Empire. Both sides had epic heroes (Harrek the Berserk, JarEel the Razoress, Beatpot Aelwrin) and unique units (The Crimson Bat, Egglord Warlocks), and recruitment of powerful neutrals (Ironhoof, the Dwarf) was as important as individual battles. 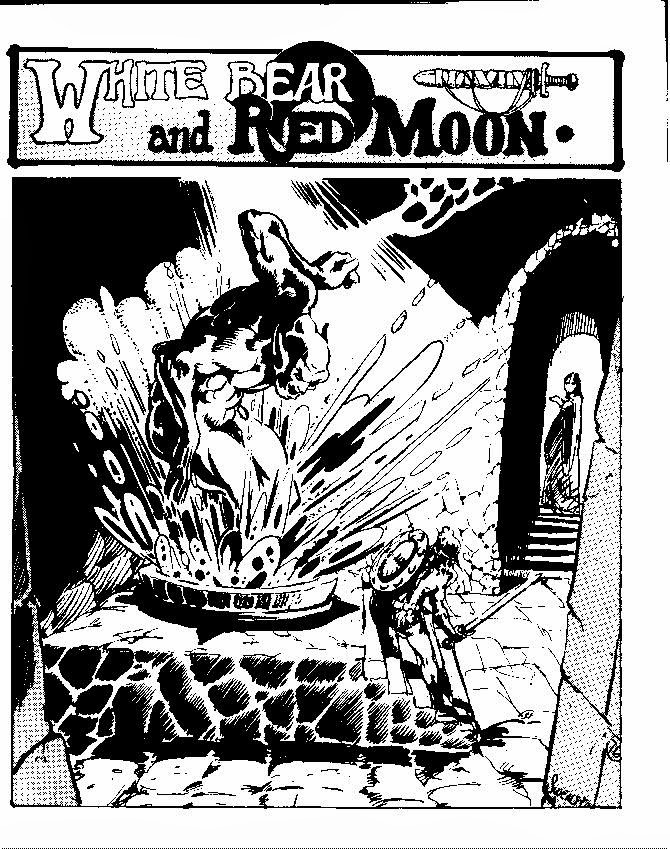 It was not your traditional western fantasy as embraced by D&D, skewing instead more to a unique mythology (or conflict of unique mythologies), and I loved it. I picked up the Nomad Gods (which was a little more traditional in that it dealt with competing tribes of herder/grazers), and waited in vain for Masters of Luck and Death (which never showed up as a boardgame - by that point, RPGs had replaced wargames as the center of the hobby). I kept in touch with the various Runequest projects over the years, but did not engage deeply until Glorantha in general, and Dragon Pass in particular, made a comeback in HeroQuest from Issaries.

There are a lot of good things in HeroQuest, but the piece that really kept with me was the perfect distillation of the two sides from White Bear and Red Moon. For the Lunars - magical, oppressive, monolithic but with ties to chaos monsters, their unifying ethos was "We are all us". For the savage, less-primitive-than-they-looked Sartar tribes, their battle cry was "No one can tell you what to do".

I love these statements, because both of them are incredibly positive, made each side the heroes of their own legends, and obviously set the two sides at each other's throats. The Lunar Empire's cry of unity is free of moral baggage, and allows all sorts of magic and monsters within its ranks, while defining "other" simply as those who would not join them. The Sartar side was completely independent, such that subjucating themselves to another force is anathema to them. It is, quite simply, a brilliant foundation for explaining the conflict in that part of the world.

I still pay attention to Glorantha, and have a copy of Kings of Dragon Pass waiting on my iPad for my eventual attention. It is, quite frankly, one of the most alien worlds of the fantastic campaigns laid out, because it gets down to the basic ethos of its inhabitants, in a fashion that is strange and frightening to your standard inhabitant of Waterdeep or Gondor.

There's more on Glorantha on creator Greg Stafford's web site, from which I have snurched these images. For the A to Z of the fantasy worlds, tune in here for More Later.