S is for Stormfront

I talked with sadness about Jakandor, a setting which didn't live up to its potential. Now I want to talk about one that never even saw the light of day: Stormfront.

I had almost forgotten about Stormfront, but Steve Winter brought it up in a discussion about campaign settings in a podcast, talking about proposed campaigns at TSR that never happened. And it sort of floats beneath the surface, the one that got away.

Here's the not-so-short form: in early 1994, TSR was looking for a new campaign setting. This is not out of the ordinary. Indeed, one of the reasons for the Realms is that the company was afraid Dragonlance would fizzle out (I know that sounds weird, but they didn't know at the time). We talked about Eberron and how it was the result of a massive open call for campaigns. In this case the competition was confined to the in-house creatives, and the competition was smaller but no less than fierce.

I have a number of the proposals from that session, including my own. The great majority of them were "world dungeons", following off a management recommendation where the world is mostly dangerous, and the places of safety few and imperiled (yes, you're hearing "points of light"). Stormfront (also called Storm Front in some documents) was one that gathered speed, joining up with other proposals to quickly become the front runner.

And then it wasn't, and that was a sadness.

Stormfront found its origin some pieces by Winsor McCay. The titles are "Man Shall Live On Mountaintops" and "The Last Day of Manhattan". The former posits a megacity of nothing but skyscrapers and airships, while the shows a flooded, overcrowded world. The idea of humanity (including the other "good" races) being chased to the upper reaches of the terrain impressed me, as it turned the rest of the world into a dungeon, with only a few points of light remaining.

I didn't want to flood the world with water, however. The problem with sea-based campaigns is, that if you ship gets sunk, it is a long walk home. So to cover that to some degree, instead of water, I filled the world with clouds. Above the cloud layer the land was bright and shining. Beneath the clouds it was a land of hellstorms, lightning, and the ruins of the previous civilizations. And you could sail on these clouds, in great ships made of floating wood. 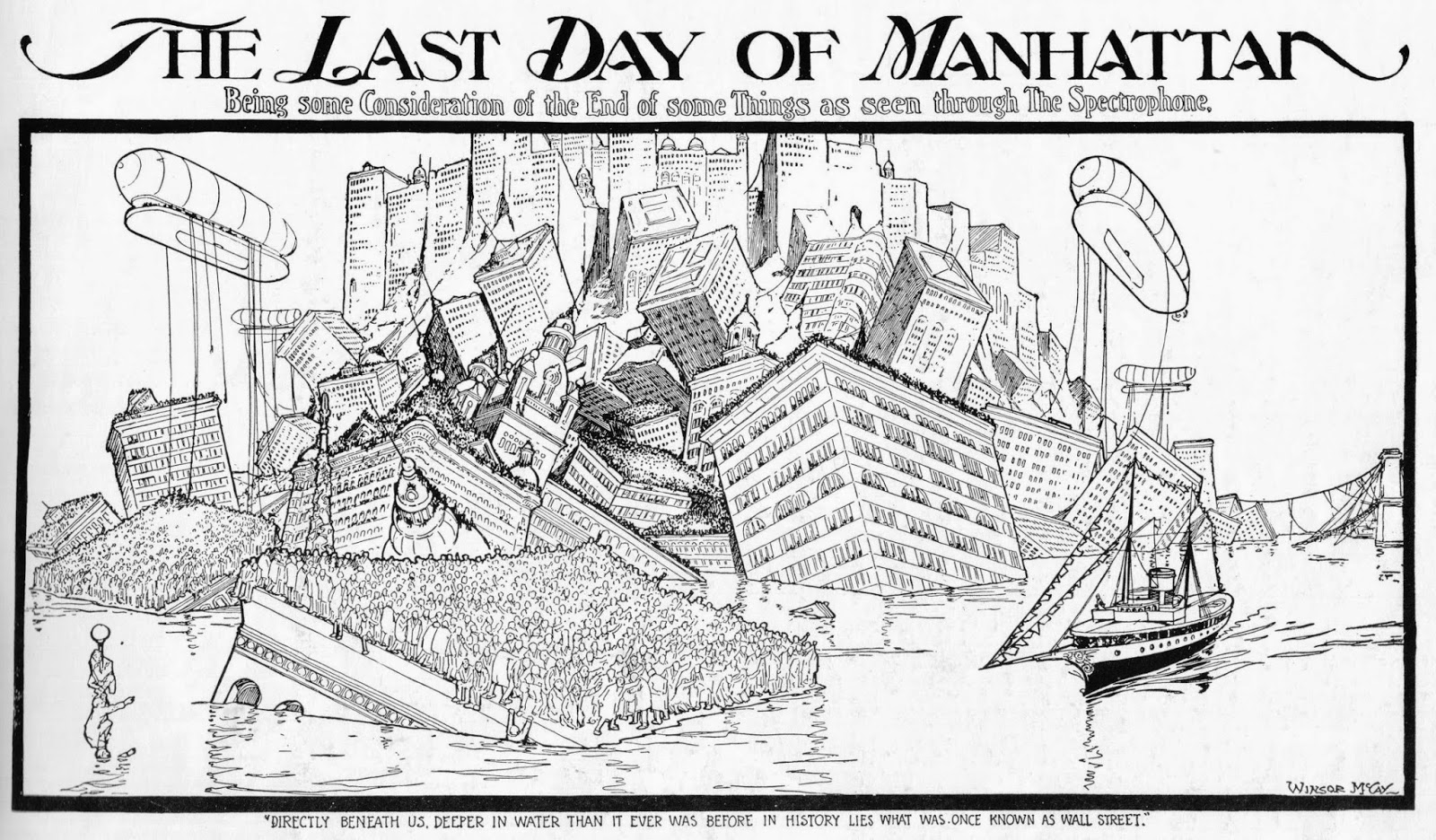 It was a cool idea, and one that quickly got attention. We had ships, We had a post-apocalyptic world with ancient civilizations. We had a dungeon of the world. We had exploring a lost world. It merged with other ideas, with input from Wolfgang Baur and Roger Moore, among others. We produced a pretty cool pitch document (which I may post after all this is done). We had momentum. We had managerial approval. We had clear skies.

And then suddenly we didn't have it. I was not present for the decision, but this is how it came down to me. Someone in Sales/Marketing said "This is a lot like Heaven and Hell", and with that comparison, the support melted away. It felt too much like Planescape. The management suddenly DIDN'T want Stormfront, and were looking at what the second choice was. This was a proposal put forward by Jon Pickens that we turn Divine Right into the new world. Great! Except we had just given DR back to its creators. So we ended up creating a new world to capture the feeling of DR, of kings and armies, which became ... Birthright.

Stormfront was pretty much my swan song at TSR. I was sad about the decision, though this was not what eventually convinced me it was time to leave the company (that would be Mystara, but I already covered the "M" entry). The idea did not go away, however. I pulled the basics together for a short story in the "Oceans of Magic" collection that I was pretty proud of. I doubt there would ever be a Stormfront campaign setting by that name - a lot of time has passed, other people have done flying ships over the years, and in the years between then and now, a rightwing hate group has picked up the name. So I'm going to go with a big "no", there.

But it was interesting approach, and is a part of lost history that returned.