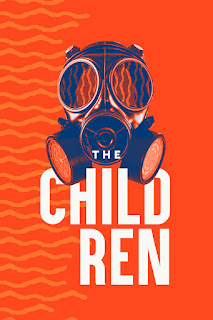 The Children by Lucy Kirkwood, directed by Tim Bond, Seattle Rep through 15 March.

After the wallowing in Toxic Masculinity portrayed in True West, I will admit to being chary about the current season, and what little I knew of The Children gave me pause. I usually go into plays with a bare minimum of prep and preconceptions, but the poster (shown here) of a nasty looking gas mask prepared me for a painful confrontation with our ongoing climate catastrophe.

And it is, but is also an excellent play of relationships and intelligence and responsibility. Well-written, well-produced, and well-acted, it was a tonic to True West and its ilk, and while not something I would insist you go out and see (Hey, Kids! Want to hear about a nuclear meltdown?), it was a rewarding afternoon at the theater.

Here's the skinny - a Fukushima-level nuclear accident occurs on the coast of Britain, with similar results of an exclusion zone hugging deadly levels of  radiation. Still life goes on (Hello, jackpot!).
Hazel (Jeanne Paulsen) and Robin (the stalwart R. Hamilton Wright) have retreated to a cottage outside the zone, where no-nonsense Hazel keeps the household running while adventurous Robin goes back into the zone to tend to the cows they left behind during the evacuation.  Then Rose (Carmen Roman), an old colleague, shows up unannounced for a visit. And Hazel punches her in the nose. Accidentally.

And, what is not made clear at the get-go, but soon becomes clear, is that all three are former engineers at that plant, retired before the entire meltdown. Hazel thinks they earned their retirement, even given the discomfort of a glowing nuclear core a few miles away. Robin is a bit more adventurous. And Rose? Well, the play does take its time in explaining why Rose is back and what she wants, but she gets there in the end and kicks off the finale.

And the thing that impressed me in all this is that Kirkwood wrote these three characters as both smart people and as friends. That's tough. Making them smart without chipping off and likability or humanity, making them friends without shying away from their own secrets and indiscretions. They mock and entertain each other throughout. Hazel and Robin are Who's Afraid of Virginia Wolfe if Martha and George actually liked each other and weren't such utter a-holes. (And yeah, WAoVW seems to haunt every play these days, either by similarity or difference). They can be nasty to each other in that very British way that radiates affection. And in their banter, Kirkwood gives her characters a sense of reality and reliability I haven't seen elsewhere.

The acting is top-notch as well. Wright is the Rep Veteran who has been in more than 50 productions, and who I've mentioned before. Paulsen takes the tough road of being the stable, sane center, to the point of being pedantic and unbending, and still makes her accessible. And Roman is cat-like Rose with her secrets and strength, and yes, sinister in places (Hazel makes the comment), And still they are friends at the end of it, and yeah, transformed in the process.

A good play, a solid piece of theater, and while realistic in its threats, redeeming in its characters. Touchy subject matter, but that's the sort of thing that theater needs to do sometimes. Nicely done.

[Oh, a program note - there will be no review of Jitney, the next one up on the Rep's list. I will be otherwise engaged and the Lovely Bride and I have seen a Rep production of it earlier - We have been in Seattle long enough that we are now doubling up on our August Wilson plays. Gave the tickets away to a friend, but there will be no review here.]
Posted by Jeff_Grubb at 10:03 PM