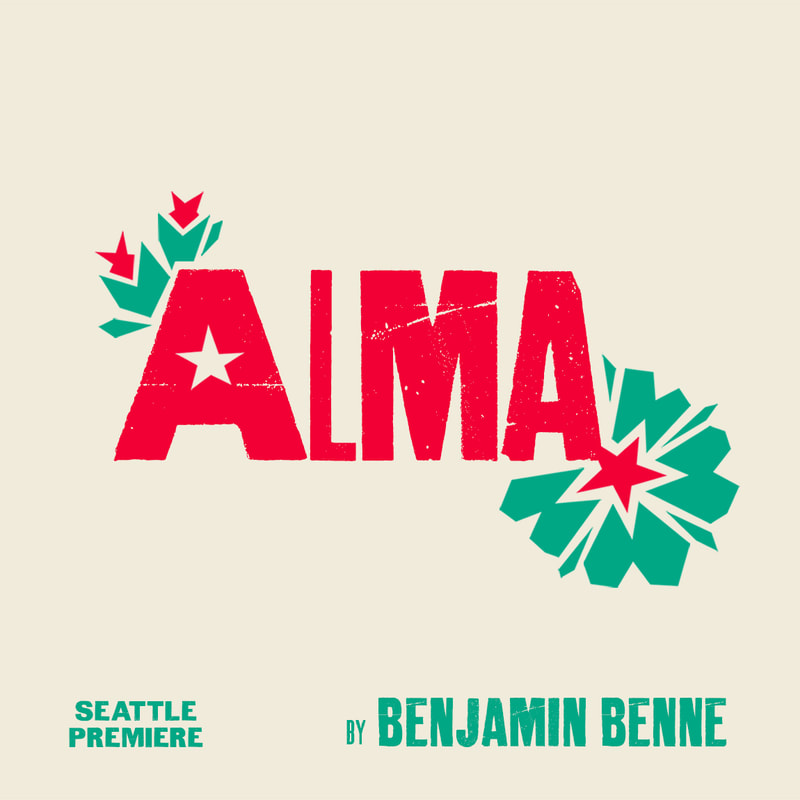 Alma, by Benjamin Benne, Directed by Sophie Franco, Arts West, through May 22.

The Lovely Bride and I took another journey to that mystical land beyond the Duwamish River called West Seattle. I am almost at a point where I can get there without getting lost (the West Seattle Bridge is still shut down). Our goal (in addition to great sushi, is the Arts West Theatre, a small but great theater group ensconced in the shell of a renovated former furniture store. The LB and I have been hitting opening nights, and to a great degree, have be rewarded for the effort.

Case in point, Alma. Yolanda Suarez is Alma, Leah Sainz-Jones is her daughter, Angel. Angel is supposed to be taking her SATs tomorrow. Alma has been preparing for this day, the next step of her daughter's success, to have the life she was denied. Angel does not plan to take the test. The resulting discussion/argument is the core of the play itself. Two actors, one problem, ninety minutes.

And the playwright pulls it off. The analyst in me can tweak to the ratcheting up and unwinding of dialboue as their relationship plays out over the course of the argument. Alma and Angel are friends and also mother and daughter, with all the baggage and hidden traps that that involves. They curse, bluster, accuse, mock, make up, cuddle, cry, tease, and love each other, and the script itself dances from one point to another.

Also a sizable chunk of the dialogue is in Spanish, in that halfway domain in families where the parent has come from another country and the child groks the new language. Yet they slip in and out of it gracefully, and there are only a few points where I felt I missed something - that would be the universal nature of parent/child relationships. Also the PTSD that comes from High School testing.

There's a third player on-stage, unseen but not unheard- America and the American Dream. The ghosts of an old country. The play takes place in that weird temporal borderland between Trump's election and inauguration, in that weird quantum state when everyone was wondering how bad could it be. The newly-elected voice, over a malfunctioning TV, blasts into their lives about building a wall and making Mexico pay for it (yeah, how did THAT work out). Alma is an illegal, and Angel is aware that the rules have changed, and what they have both hoped for is now much, much more difficult.

The set design is excellent, open-spaced and beneath (at times) the stars, setting the eternal nature of the parent/child discussion. The program book also carries a bit of weight in the proceedings. There is interview with the director, which is par for the course, but also a page of translations and explanation of what the Prologue (storms, horses, soldiers, Military music) means within the larger whole. Even th art in the hallway underscores the players on the state. It was very much a total package.

Alma is a small play (Two people and the ghost of the American Dream) and a greater play as well, set within its time and within the long timeline of mothers and daughter. I liked it, and think you would too.