Life in the Time of Virus, Continued 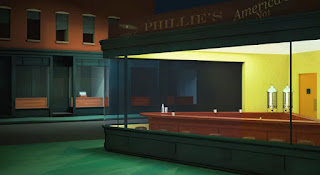 And so we close out the second month of seclusion. We're doing OK.

I am still working from home. My company sent its programmers and designers and other office workers home about two months ago, and, according to my great-great-great-great-grandboss, we may be continuing the process into October. I have ensconced myself in the basement library, on an oak table that we usually use for gaming evenings. I've done a lot of work at kitchen tables and in other improvised conditions over the years, so I am used to this. Plus, we are shipping a game this month, so we've all been a bit busy.

The Lovely Bride is still preparing taxes, the deadline for which has been extended because of the  virus. She has been going in only a few days a week at this point, as the weather turns and she lusts to be out in the garden. The latest hassle in tax-world is that deceased citizens are receiving stimulus checks, which is balling up future tax preparation. We relieved a small amount (we did not expect anything) in direct deposit, then got a few days later a self-congratulatory letter from the president taking credit for it. He should have sent masks instead.

Speaking of masks, one of the Lovely Bride's clients made one for her, and I got two from a colleague who is a maker (for you old-timers, that's a hip word for someone who makes stuff). With her hours reduced, the LB is picking up grocery shopping again. There is confusion in the stores, with aisles being turned one-way, and half the shoppers correcting the other half that are going the wrong way on one-way aisles. We can't find orzo or mascarpone.  Hardly the end of the world.

I am not missing things I thought I would miss. Theatre. Comic books. I do miss browsing in used bookstores still, and predict that, once this is over, they will swell in content from everyone who has been Marie Kondoing their libraries for the past two months. Ditto resale shops.

I am still growing a beard. It is still scraggly.

I thought I would be binge-watching a lot more stuff on the net, but that's not happening either. I got most of the way through "The Thick of It", but it is still waiting for completion. I've dabbled with the Masterclass series, mostly Penn and Teller. I watched only one of the National Theatre's free productions on the net. It is hard to watch theatre on the iPad. There is a sense of commitment in real theatre, that holds you attention because, well, you're not going anywhere while the play is in motion. In the case of streaming, you have stuff that is always tempting you away. Probably why I don't read a lot of books on the Kindle App (the LB, on the other hand, burns through Kindle books at a high rate of speed).

I am reading more physical books, which is nice. Harlan Ellison once said, "Who wants a library full of books you've already read?" So I am doing a little pruning, revisiting old tomes, and finally getting around to finishing some of the larger volumes in the late evening. It has been the high point of my day.

Still reading newspapers in the morning, over an omelette (the Lovely Bride, allergic, sleeps in). Newspapers, reliant on advertising, have taken a hit as not one wants to advertise to people not leaving the house. The Stranger is online only, most of its people stepped away for the moment. The Seattle Times has shrunk with its lack of advertising, and the white space between lines and at the margins has grown. The news itself is only starting to report things that are happening outside America that doesn't involve coronavirus.The latest was two American mercenaries trying to Bay-of-Pigs Venezuela. Might have worked if they we're social media posting during it.

Seattle is doing OK, generally. The current death toll is actually on par with this time of year, even given coronovirus casualties, and the concurrent rise of general deaths from people are not bringing it to the hospital because that's where the sick people are. The New Yorker came up with a very article praising Washington State's science-based approach, though mostly to compare it to the mess in New York City at the moment.

Still no universal testing, so the actual numbers may be low.

And we are slowly, slowly ramping back. Stages and measurements. Dials. Yes, it is a pain and I'd like to get a haircut but its not worth someone else's life. The problem with flattening the curve is that, even flattened, it is still a curve. People are still risks and at risk. And so our lives will change for a while longer.

The good news is that phone marketing calls have dropped almost to zero.

But all in all, I am pretty sure I can handle retirement from a "Don't leave the house for weeks" standpoint.