Ghosts is Nominated for a Scribe Award!

I'm taking a short break in our romp through the old games bin to announce that Ghosts of Ascalon, by the talented Matt Forbeck and yours truly, has been nominated for a Scribe Award. Here's the announcement: 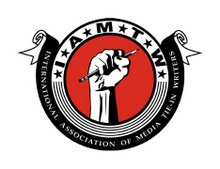 The International Association of Media Tie-in Writers is proud to announce the 2011 Scribe Award nominees for excellence in licensed tie-in writing -- novels based on TV shows, movies, and games ...

The Fifth Annual Scribe Awards will be given at a ceremony and panel discussion held during Comic Con International in San Diego in July 2011.


Grandmaster will be Peter David, who in addition to a lot of original fiction,comics, Star Treks and you know, stuff, also wrote a Spider-Man Pick-A-Path book for TSR back in the day.


I am delighted by the nomination, adn congratulate both fellow author Matt Forbeck and all the other nominees.


We now return to you to your regularly scheduled blog, with the long-awaited "E".