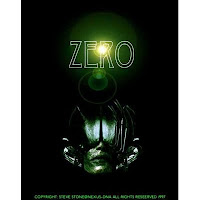 Zero is a dark dystopian SF game where you play former members of a hive mind living in a contained, post-apocalyptic society, who are suddenly cast loose from the collective, and hunted by the mad ruler of that society, Queen Zero. If it sounds like Paranoia run straight, you're not the first to come to that conclusion.

But that's not why Zero is on the list. Instead there's a story involving the game:

One year,  about the time that WotC purchased TSR (I'm guessing August of '98), Peter Adkison and Richard Garfield hosted a Game Designers' Conference a couple days right before the GenCon in Milwaukee., It was pretty cool - a small group of hobby game and computer game folk gathered together for some roundtables. Over the course of the event, several of those present admitted that they had never played an RPG.

Lester volunteered to run one, in particular a new game he had written (with artist Steve Stone) for Archangel - Zero. I was commuting to the convention from Lake Geneva at that point, so I didn't stay for the session.

But when I showed up the next morning, everyone was talking about the game. Lester's a good GM, and it was his game, so it should have been a good experience. But the guys that were MOST excited about the game, and insisted on sharing the story of what happened, were the designers who had not played RPGs before. It was an epiphany, and pretty cool one, for them.

And that's the power of RPGs. If you can get people to play them, the chances are they will enjoy them. And with that we draw to a close this challenge. There will be a couple afterwords, but that the bulk of it all. Hope you enjoyed it.