A to Z in progress 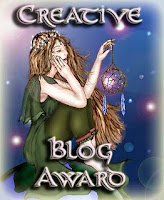 So, how is that all A to Z challenge thing working out?

Pretty good, so far. I'd say the biggest problem is keeping the promise to keep it short. Yeah, we both knew that wouldn't happen.

It has been pretty good, though, in that it works against the nature of the net itself. You know the drill. You find a bunch of website/blogs/journals that you like. You make them your regulars. And because they're your regulars you don't look for other blogs. It can become an echo chamber after a while.

So the A to Z challenge gets around that a bit. Opens it up to other voices. It didn't start in gaming blogs, or fiction blogs, but it has been picked up by a lot of them. And so I've been finding a lot of other blogs outside my normal sphere (and sometimes out of my comfort zone). And this is a good thing. 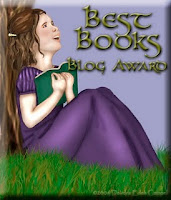 I'm not the only one that is doing this. I've seen a trending upwards of hits, minions, and Facebook friends since I've started this little experiment (I rebroadcast on Facebook, which allows comments with some level of personal responsibility). And, I've just gotten a couple nice awards from Deirdre Eden Coppel at her blog, which I am setting on the mantle piece and recommending that you check out her list her list as a starting point for looking at blogs and authors that you might enjoy that normally you might not sit next to on the bus (take THAT, genre!)

And while I'm promoting other folk, I've also been experimenting with cross-linking in the blog for the illos. And one of the crossposts takes umbrage to the practice, and sent out a note that the stuff was boosted from their site. That's cool, though for covers of books it reminds me of the hobby store owner that shrink-wrapped all his hardback books and then complained that the kids weren't buying them. However, apropos of nothing, if you are looking for old game material, and want to avoid various Internet Toads, you might want to check out Wayne's Books for all your esoteric gaming needs. That's Wayne's Books, whom I like so much that I won't even mock them if I have to take the links down.